Political parties spend parts of their campaigns criticizing each others’ valence characteristics, such as their honesty, integrity, and competence. The goal with these attacks is to educate voters about other parties’ traits and influence their voting decisions against the targeted party. But do they work as expected? We argue that how voters react to these valence discussions is conditional on their partisanship. While copartisans are more likely to get mobilized in favour of their own party, we expect non-copartisans to punish the targeted party. Combining a dataset on party valence rhetoric with cross-national survey data from eight European countries we show that copartisans indeed rally behind their party when it is being targeted. Yet, our results also suggest that most non-copartisans, surprisingly, also reward the targeted party. These results have important implications for the political campaigns literature and for our understanding of voter behaviour. 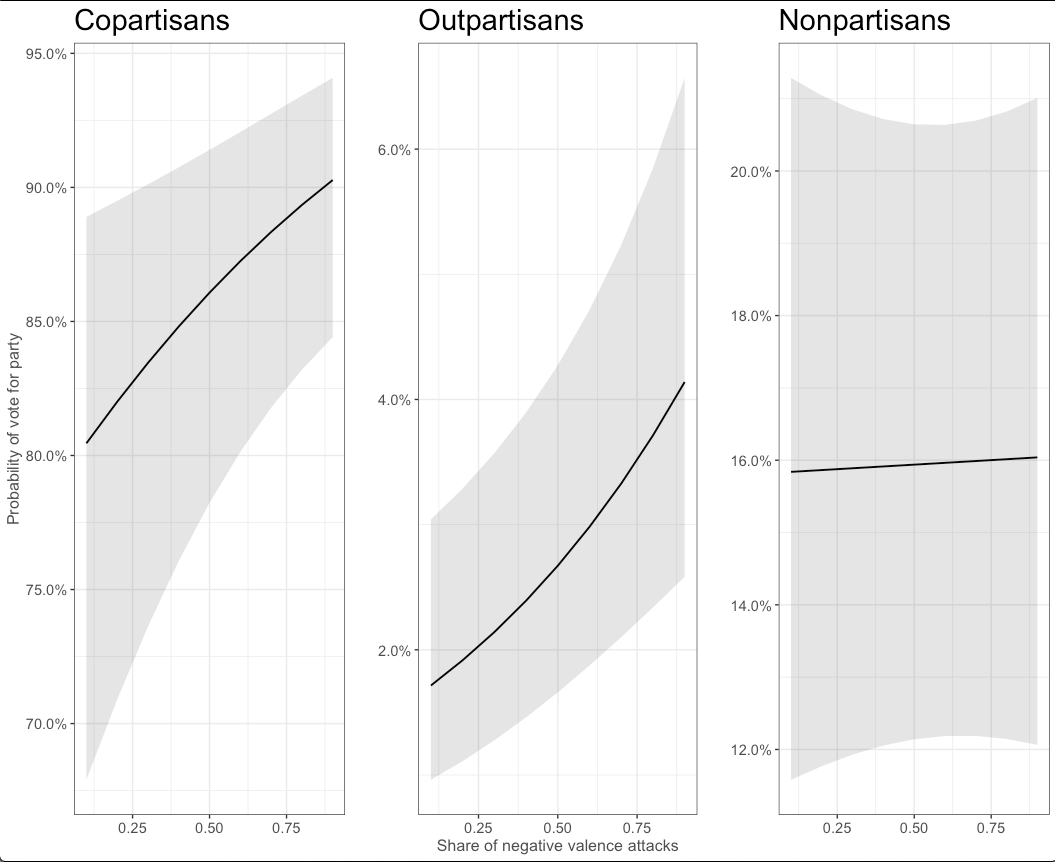